3 Under-the-Radar Retail Stocks To Consider for 2023 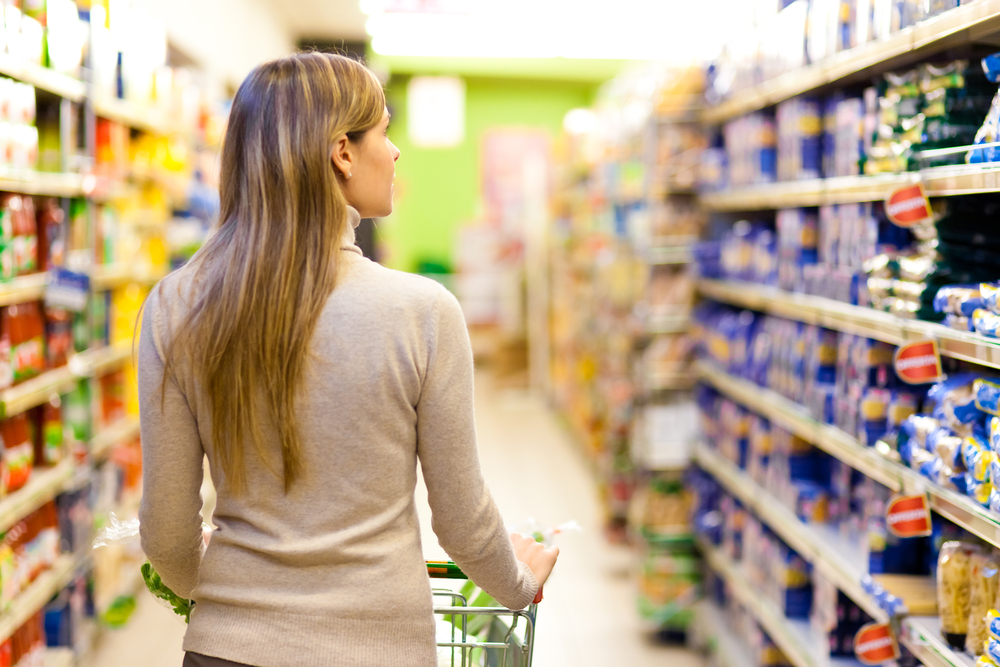 The market has been declining, and with the pre-announced recession coming in 2023, investors are looking for safe stocks that are both defensive and can withstand further declines. Most well-known names are already trading at higher valuations as investors flee from riskier stocks and turn to stable and safe large caps.

While you may be familiar with some of the most popular large caps, there are under-the-radar stocks that are still trading at attractive valuations, despite their excellent past performance and growth.

FEMSA (NYSE: FMX) is one of the leading Mexican conglomerates with a strong presence in Latin America. It operates retail stores and gas stations, it is also involved in logistics, and it has several investments in other companies, including 47.2% ownership of Coca-Cola FEMSA (NYSE: KOF), which we have analyzed previously, and 14.8% of Heineken.

Just recently, FEMSA acquired Valora, a Swiss retail and food service conglomerate present mainly in Switzerland and Germany.  The price of CHF260 a share, or ~$1.222B, at ~12x EBITDA was steep, even considering that the FCF in 2021 was CHF25 or ~$27M. However, considering the size of FEMSA, the company ends up with a relatively small acquisition that allows it to be present in Europe and grow into a new market.

FEMSA generated $2.67B in free cash flow in 2021, and given the current market cap, it is trading just slightly under 10% free cash flow yield. For a company that has consistently grown its store footprint and continuously increased revenues, it is a bargain. 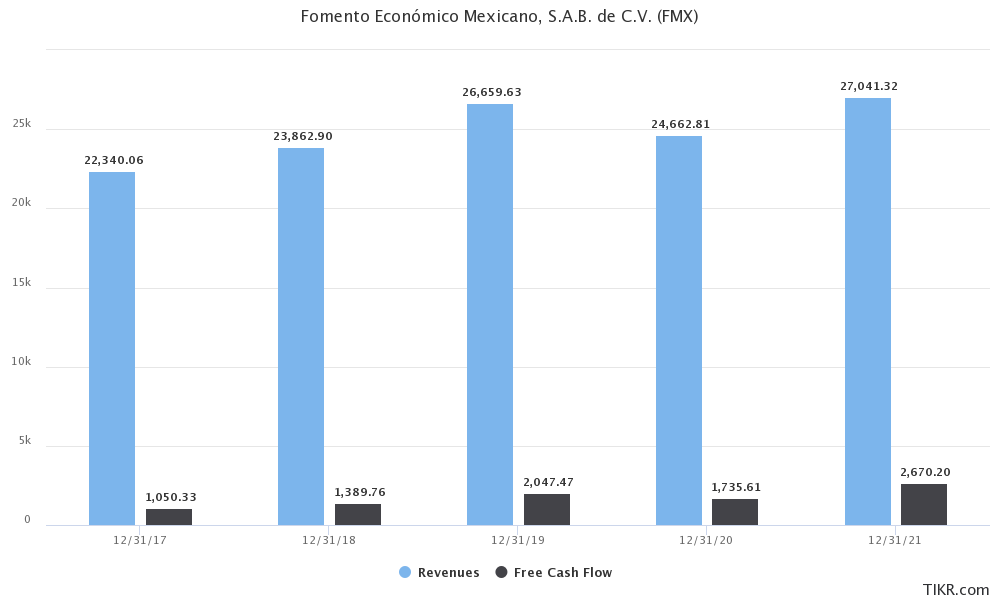 FEMSA’s current price-to-earnings of ~22 is slightly above the S&P 500 P/E, which stands at ~20. However, given the growth and constant dividend increases, FEMSA is worth the premium. Additionally, the forward price-to-earnings is just ~16, which shows how analysts estimate further growth ahead.

We all know how much Charlie Munger and Warren Buffett love Costco (NasdaqGS: COST) because of its business model and constant growth. While Costco remains an outstanding stock to invest in, it has become quite expensive, with a price-to-earnings of nearly 35. However, other wholesaler stocks offer much more growth and are priced cheaply, including Sendas Distribuidora (NYSE: ASAI).

Sendas has kept growing fast, with revenues increasing at 26.6% CAGR from 2011 to 2021. At the same time, store sales are also increasing, and since 2008, the average revenue per store has increased by nearly 4x. Making Assaí the second-largest retailer in Brazil by revenue and one of the fastest-growing chains in the region.

Earnings have also grown over the past few years and will continue to do so, as the company added 40 new stores in 2022, an increase of 20% of the total number of stores in 2021. This will be reflected both in the revenues and earnings for 2023.

Assaí has one of the highest average sales per square meter compared to its competitors, and the data shows that the retail cash and carry segment is gaining increased popularity in Brazil, which will continue to benefit Assaí.

Given the current store expansion and conversion, the free cash flow is expected to be lower over the coming quarters since it is converting 45 stores as of December 2022, and it has 50 store conversions planned for 2023. All this while building the 40 new stores, so we can expect capital expenditures to be higher over the coming year.

Still, despite all of this, the company has a forward price-to-earnings of 15, and management has proven time and time again its ability to increase same-store sales and revenues while also growing profits while allocating capital in a highly efficient way. The current return on equity of over 44% shows how well-managed the company is.

Even compared with other similar companies, both in retail and wholesale, Assaí has excellent operating margins of 5.44%, well above most of its competitors and similar companies in other locations.

One of the fastest-growing European retailers

Investors know how difficult it is for retailers to scale their businesses. Not only is it extremely capital intensive, but it also requires a lot of logistics and adjustments to everyday operations. So when a retailer is growing as fast as a tech company, investors notice it. This is the story of Dino Polska (OTC: DNOPY), one of the fastest-growing retail chains in Europe, and it is slowly becoming one of the major Polish retail players. Dino Polska has grown revenues by over 120% in just 3 years, and it does not stop here.

With so many stores opening yearly, revenues have also increased and continue to grow. In fact, in the first 3 months of 2022, revenues increased 48.5% YoY, which shows incredible growth, especially when we consider how difficult it is to scale and grow store count, especially in the retail industry.

With the continuous store openings, free cash flow over the last few years has been negative because the company channels most of its operating cash flow to Capex, which has consistently stayed around zł1B or roughly $230M.

Despite that, EBITDA margins have stayed around 10%, and net debt to EBITDA has remained slightly above 1 or under over the last year, which does not put the company at risk. Dino has maintained above-average margins for a grocery retailer, with current operating margins of 7.8%.

Additionally, the management has done a stellar job at allocating capital and fueling the growth in store count and growing revenues. It should also be mentioned that insiders control the company, and own over 51% of the outstanding shares, showing how much they believe in the company’s success.

Due to its impressive growth, Dino Polska is trading at a high valuation, with a current P/E ratio of ~35.5. However, investors need to consider that Costco, for example, is trading with a similar P/E and does not have the same growth. From 2019 to 2021, Dino nearly doubled its earnings, so the P/E ratio of 35 is justifiable.

The company also has a long growth runway and may be able to expand to other countries when it starts completely dominating its local market. Dino Polska is one of the most attractive stocks in the retail space, and you should add it to your watchlist.